Beating the Odds at Heart & Hands

The word “crazy” seems to come up a lot when discussing Finger Lakes winemaking with Susan Higgins. In 2007, Susan and her husband Tom founded Heart & Hands Wine Company in Union Springs, one of the first Finger Lakes wineries on the East Shore of Cayuga Lake.

People said they were crazy.

After fifteen growing seasons, producing award-winning wines and continuing to expand both their production capacity and their creativity, the success of Heart & Hands has silenced the skeptics. But making wine in the Finger Lakes can still seem crazy. 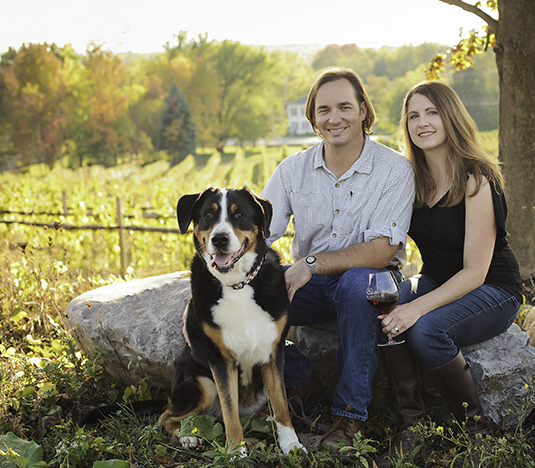 “You have a plan for what you’re going to do for the first harvest season, and then the first grapes are picked and everything changes because the weather has changed,” says Susan. “You just throw your plan out the window and ad-hoc it.”

With its short growing season and challenging winters, the Finger Lakes was always an unlikely place to grow world-class wine grapes. The recent trends in climate change have added an extra dimension of uncertainty to an already precarious process.

“If you talk to farmers of any crop in the region, the thing they will tell you is that the seasonal volatility is the biggest challenge of all,” says Susan. “So you have years like 2014, when the jetstream was behaving a lot differently than we’re used to... in the month of January, it was warmer in Anchorage, Alaska, than it was in the Finger Lakes. You had this big polar vortex that was dipping down and bringing this really cold weather… that can mean that the vines get too cold and can’t survive. Every year there’s sort of a different pattern. And every year that different pattern is getting more extreme.”

On top of all that, Susan and Tom have chosen to specialize in one of the most difficult vinifera grapes to work with: Pinot Noir. 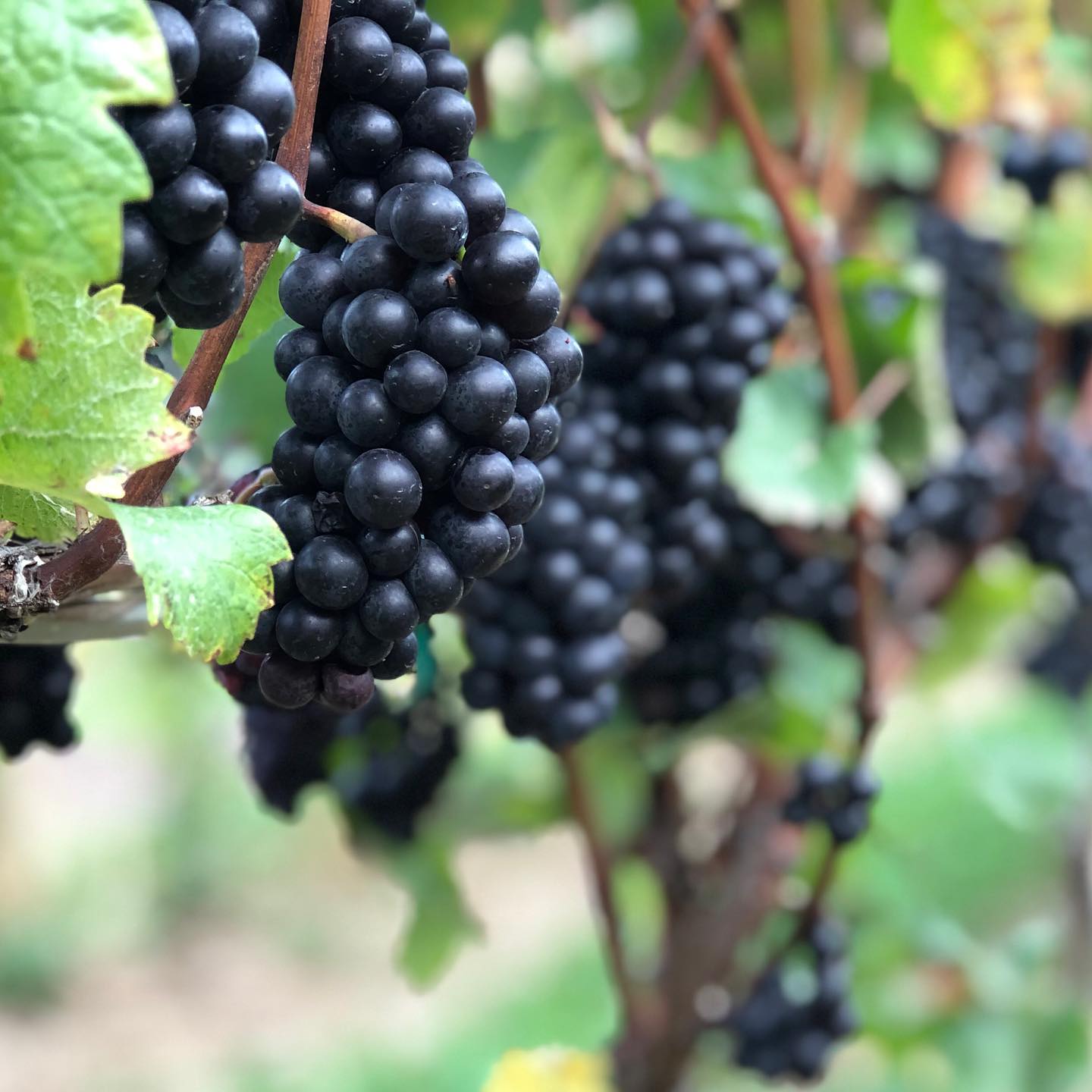 “Some people call Pinot Noir the ‘especially’ grape,” says Susan. “It’s especially tight-clustered, it’s especially thin-skinned, it struggles with humidity… any trend or challenge you have with any grape in the Finger Lakes is doubly so with Pinot Noir. But it’s delicious, and that’s why we grow it.”

In other words, Susan and Tom have dedicated their lives to making wine from a famously delicate grape, in one of the most challenging agricultural regions in the United States, in an increasingly unpredictable climate, in an area that few other winemakers have pioneered. Some people would definitely consider that crazy.

Nevertheless, the team at Heart & Hands are producing some amazing wines—wines which could only be made in the Finger Lakes—not just in spite of the challenging conditions, but because of them.

The old aphorism that “adversity builds character” is particularly true in winemaking.

Regions like Napa Valley, with their breezy Mediterranean climates (plenty of sun, dry summers, gentle temperatures) have excellent conditions for reliably growing grapes, year in and year out. There are still challenges to overcome, but by and large, the results are fairly consistent. California winemakers have a wide range of options when it comes to choosing a grape varietal to work with; for them, the art of winemaking is more about capturing the essence of a particular grape, or creating surprising blends with familiar styles.

Not so in the Finger Lakes. Making wines in upstate New York is about adapting to challenging conditions, making something beautiful from whatever nature throws at you in a particular year. If California winemaking is like gourmet cooking in a fully-stocked kitchen with an unlimited selection of exotic ingredients, Finger Lakes winemaking is more like conjuring up a delicious meal in somebody else’s kitchen, with whatever you can find in the pantry.

“Growing grapes in the Finger Lakes, we’re truly in a place where there’s vintage variation. So every year is very different, from one year to the next, which is one of the things that makes the wines really special and unique,” says Susan. “Every time you come, even if you visit once a year, you’re going to be able to taste interesting attributes in the wines created by the growing season.”

The 2019 vintage of Heart & Hand’s Rosé is a great example. Like every other perennial plant in the Northeast, grapevines emerge from winter dormancy when temperatures start to warm in the spring. Colder temperatures later in the season means that the vines stay dormant longer, which in turn means a shorter growing season, and less margin for error when the time comes to turn grapes into wine.

For winemakers depending on a long growing season to ripen their grapes, a late bud break can spoil a vintage. Fortunately, Susan and Tom have been very careful in selecting which varietals to plant, anticipating the unpredictable climate in the Finger Lakes.

“At Heart & Hands, we really focus on just three grapes,” says Susan. “We do Pinot Noir, which is our primary focus... we also do Chardonnay and Riesling. The reason we’ve chosen to focus on those three grapes is because they’re early-ripening grapes, as compared to Cabernet Sauvignon or some of the other varietals. So, we know that even if you have a later embarkment from dormancy, and things are a little slower to develop, you’re still going to have something of exceptional quality.”

As a result of this careful planning—rather than spoiling the vintage—the late bud break and shorter growing season gave the 2019 Rosé a different character to appreciate.

The choice of location for Susan and Tom’s vineyard also plays a big role in allowing them to make great wines in unpredictable conditions. In addition to the limestone-rich soil that they painstakingly sought out when choosing their site, their vineyard is situated within one of Cayuga Lake’s special microclimates. 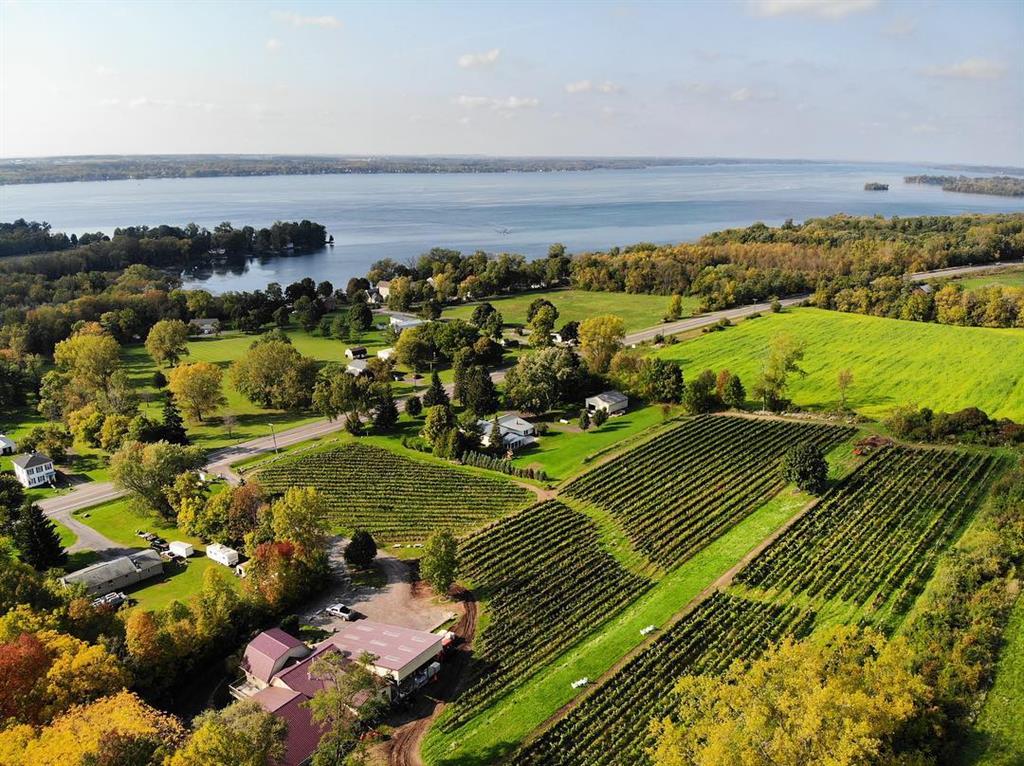 “For us, in the Finger Lakes, site selection is really important,” says Susan. “For those cold swings, it’s important to be close to the lake. Cayuga Lake is almost four hundred feet deep… it rarely freezes, and that moderates the temperature. It also protects against frost, so if you have a warm spring and the vines emerge early, then your site’s going to be a little bit warmer.”

These are the qualities that make Finger Lakes wines so distinctive. There’s arguably more planning and more skill involved in wrestling a great vintage out of the upstate New York climate. The wines that are produced here are as varied and nuanced as the landscape and the weather; winemakers like Susan and Tom are constantly challenging themselves to do a lot with a little, always striving to adapt to changing circumstances, and their wines beautifully reflect that innovation.

Just the same—it would be so much easier (and warmer!) for Susan and Tom to make wines in California. So why put down roots in the Finger Lakes? For one thing, Tom is originally from the area. He managed to woo Susan away from New York City. “The first time he brought me here, it was January, and I thought ‘Well… we’ll never live here,” says Susan, laughing. “And here we are. I think he was called here a little bit before I was, but we would come up here for vacations and to visit family—and the decompression that you get, coming over one of those hills on the drive up from Manhattan, seeing the lakes for the first time… there’s just nothing like it.”

And there was more than just family, beautiful scenery, and rich deposits of limestone urging them to stay: something about the Finger Lakes region makes it a special place for dreamers.

“Some of the pioneering mentality here, in terms of where in the world you’d start something like this… people with a dream can afford to be creative and really launch something special here, and I think the environment nurtures that to a certain extent,” says Susan. “It’s unspoiled… there are a lot of great things about living here that can nurture creativity. As long as you can survive January.”

Again—“crazy” is too dismissive a word to describe what Susan and Tom have built with Heart & Hands. But it was a tremendous leap for them. They’d both established careers in the corporate world: the kind of safe, stable jobs that people don’t often trade for an agricultural life in the hinterlands of upstate New York. Although Tom had interned at a few major vineyards before embarking on this project, there was a lot about these particular grape varietals—in this particular climate, on the specific plot of land that they’d selected—which could never guarantee results. 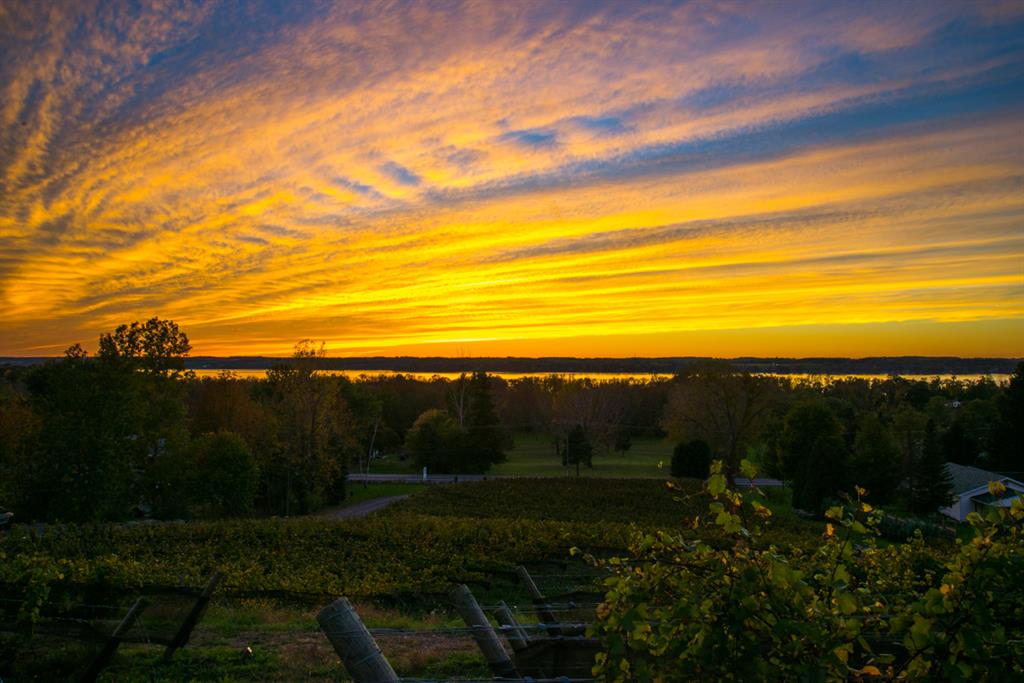 “My background was operation strategy consulting, which was a lot of highly repeatable processes where you had a lot more control, compared to something like this,” says Susan. “In the first couple of years it was pretty stressful… living in the Finger Lakes, though, we have it pretty good. We have waterfalls, and great hiking, and no traffic, and that provides some therapy for coping with everything else.”

The personal connections that grew up around the wines that Susan and Tom have made was also an unexpected reward for the chance that they took on their dream.

“What surprised me—and what is incredibly rewarding—is that we have people who come back from year to year, people who we’ve become friends with over time, and our wines become a part of their lives,” says Susan. “Getting the email from someone who’s chosen to serve our wines at their wedding, and sent us a picture of that… or the people who snuck a bottle of our wine into the hospital to celebrate the birth of their first grandchild… I’ve had days that were pretty tough, and opened up my email at home, and there’s a picture of a bottle of our champagne in an ice bucket, someone thanking us for making their special day more special—that’s why we do what we do. We’re really proud to have people make our wines a part of their family celebrations, and to have that connection with the people who have chosen our wines.”

The interplay between landscape, climate, and community is the alchemical process that serious winemakers have always pursued, and it’s exactly what the success of Heart & Hands is built upon. The wines that Susan and Tom produce are some of the most authentic expressions of life in the Finger Lakes—not despite the hardships and the risks, but because of them. After almost a decade growing grapes on the west shore of Cayuga Lake, defying the elements, what some people once described as crazy has proved to be visionary.

“We’ve really stayed true to our vision, which was to be pretty narrowly focused on a handful of grapes, and making the highest quality wine possible with those grapes,” says Susan. “We never aspired to be a big huge winery…The wines we make are very personal to us. I think that focus has allowed us to make wines of exceptional quality, even in years that are a challenge.”

Join us for a getaway in Finger Lakes wine country and experience Heart & Hands Wine Company. 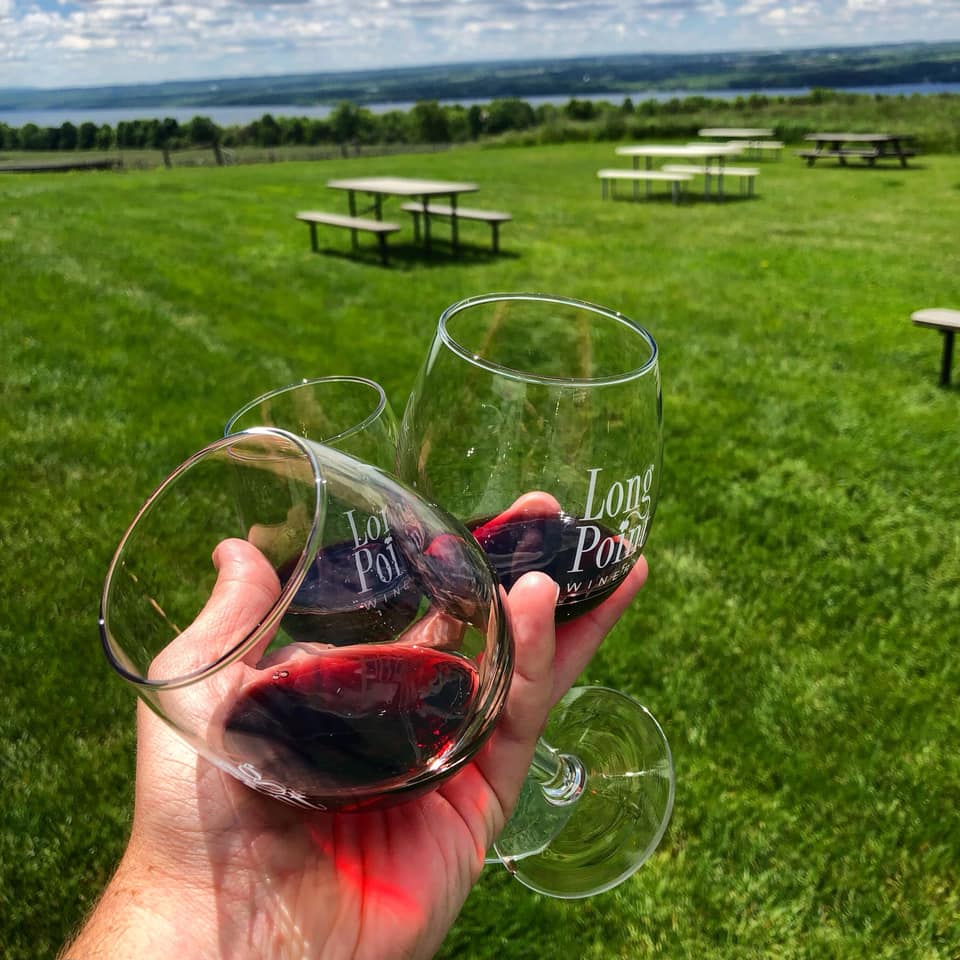 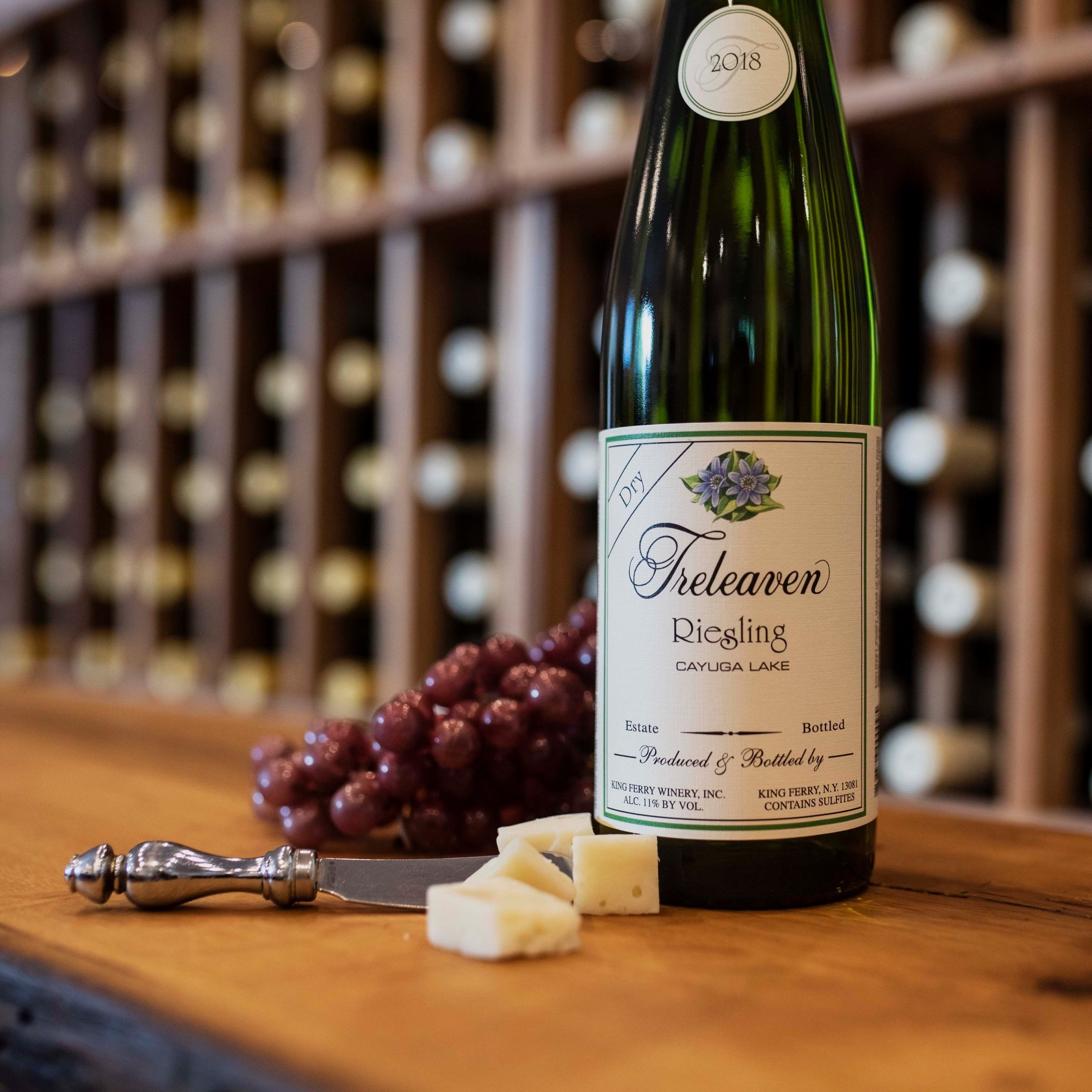 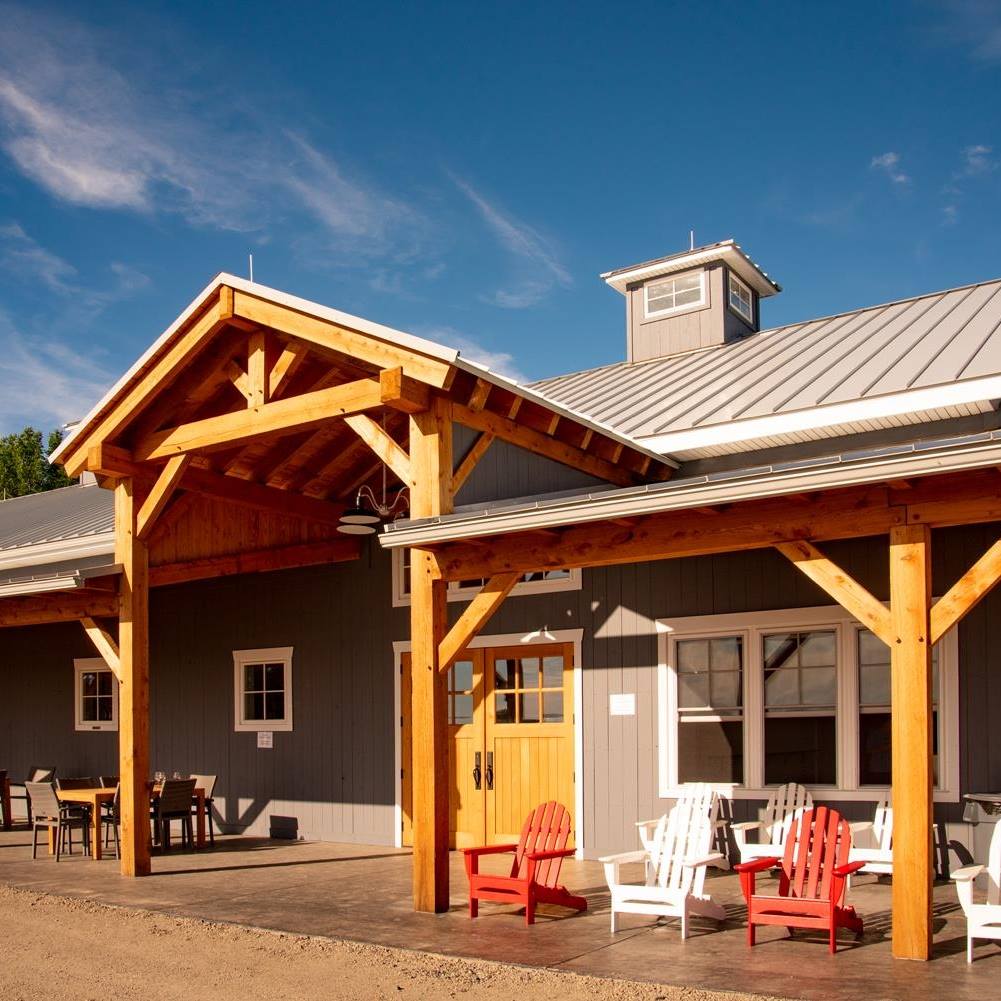